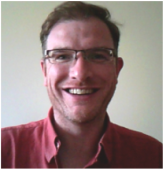 Niall Winters founded go_girl together with Anne Geniets in 2015. Niall is Professor of Education and Technology at the Department of Education, University of Oxford and a Fellow of Kellogg College. He is joint convenor, with Dr Rebecca Eynon, of the Learning and New Technologies Research Group. His main research interest is in understanding how educational interventions can help to address inequality, especially for people who are marginalised, by focusing on how technology can support the strengthening of education and training capacity, particularly in health.

More specifically, Niall works to design, develop and evaluate technology enhanced learning (TEL) interventions that support the professional development of learning practitioners, primarily healthcare workers in the Global South and in the UK. He is motivated by the need to improve TEL intervention design to provide new insights into learning practices, in support of equitable access to educational opportunity. Niall’s research is interdisciplinary in nature. Niall was previously a Reader in Learing Technologies at the London Knowledge Lab, UCL Institute of Education. He holds a PhD in Computer Science from Trinity College Dublin and has been a visiting researcher at the Instituto Superior Técnico, Lisbon and MIT Media Lab Europe.

Anne Geniets founded go_girl together with Niall Winters in 2015. She is a post-doctoral research fellow at the Department of Education, University of Oxford. She is a psychologist with a research focus at the intersection of health, (in)equity, training and technology, with a specific focus on Inclusion Health and population groups with limited or no access to health care.

Her research interests are in human centred computing, security, gender issues in ICT and S.T.E.M education. Paula is passionate about ICT education for kids and young adults, which led to her volunteering teaching services to Intel’s Club House (Programming for girls) in Tacoma, USA and Coderdojo@BellsTech, Nigeria(a community service arm of Technology Innovation Labs).

Ashmita Randhawa is a DPhil student in the SKOPE Research group at the Department of Education, University of Oxford. Her thesis is focused on understanding the role of Studio Schools in technical education, utilizing a policy enactment framework, following STEM policy.

She graduated from Boston University in 2008 with a BSc. in Biomedical Engineering, after which she worked in Research & Development for 6 years. It is here that she decided to make the leap from formulation chemistry to STEM (Science, Technology, Engineering and Math) Education policy after having worked on programs involving increasing diversity in STEM in schools.  She received her Master’s from Boston University in 2015 in Education Policy.

Tracey Denton-Calabrese completed her DPhil in Education at Oxford as a member of the Learning and New Technologies Research Group.  She earned an M.A. in Instructional Technology & Media from Teachers College at Columbia University and has worked as a teacher and technology curriculum coordinator.

Her research interests include school culture, school reform, the use of information and communication technologies (ICTs) in formal and informal settings, and issues of digital equity.

Abisola Ifasawo is a recent Masters Graduate of International Relations and International Management, and has an undergraduate degree in Computer Science with management from Kings College London. She has 10 years experience within youth, education and social services settings. Abisola is passionate about giving young women, particularly from disadvantaged backgrounds, the tools they need to thrive through formal or informal education. Abisola’s interests lie in education and public sector reform, the use of technology to enhance learning.

Isobel Talks is passionate about the potential of tech to do ‘good’ for the world. She has an MSc in Gender from the LSE and consults on Gender, Technology and Development projects for organisations such as Girl Effect. Alongside her research work, Isobel also facilitates empowerment workshops for girls in schools across London with the charity Fearless Futures, and is a member of GeekGirl, Women in Robotics and Code First: Girls. She loves adventures, and has an Ecuadorian butterfly named after her.

Paige Mustain is a DPhil student at the Oxford Internet Institute, University of Oxford. Coming from a communication background, her research lies at the intersection of education and digital inclusion/exclusion. Interested in the relationship between technology and inequality she focuses on the political economy of information and communication technology (ICT) development initiatives in the realm of education.

Ken Kahn has been a senior researcher at the University of Oxford since 2006. He is leading the Modelling4All project that combines ideas of accessible agent-based modelling within a web 2.0 community. He did research in technology enhanced leaning at the London Knowledge Lab and the Institute of Education from 1998 to 2014 where he participated in four large EU research projects, a BBC project, and two UK projects. On 1 January 2017, Ken joined the Department of Education to work on the EU-funded eCraft2Learn project. The project aims to improve STEAM education (both formal and informal) for 13 to 17 year-olds using visual programming, micro-controllers, 3D printing, electronics, and other “maker” technologies. Ken has been working on child-friendly programming interfaces to AI cloud services.

Ken is the designer and developer of ToonTalk a programming system for children that provides concrete analogs of advanced computational abstractions with a video game look and feel. Many of his papers can be found here. He has been creating ToonTalk Reborn an open-source web-based rethinking of ToonTalk. He has taught Computational Thinking and Modelling at the National University of Singapore in 2015, 2016, and 2017. 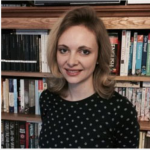 Laura Hakimi has an undergraduate degree in Geography from the University of Cambridge and a Masters in Evidence for Public Policy and Practice from the Institute of Education. She has worked in a number of public policy contexts, where she has mainly worked in the fields of education and social care. Through the Pearson Publishing group, she has also had experience in designing and delivering educational resources on mobile devices.

She has run a number of projects that support the learning and social inclusion of marginalised communities in the UK.

Sabbah Bakhtiar is a go_girl pioneer, who successfully completed the project in 2016. Sabbah worked on go_girl from 2017 – 2018, leading the administrative side of the project. 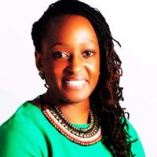