Posted on June 5, 2020 by Tracey Denton-Calabrese

Hello everybody. It’s Ruby. I hope you are all doing well during this unprecedented pandemic.

On 2nd June, we had our first Snap! session on Skype. The session was led by Ken Kahn, who is a senior researcher at The University of Oxford, Dept. of Education. First, he introduced himself and explained his background in programming. He did research in artificial intelligence, visual and concurrent programming before working on programming languages for children. Afterwards, we introduced ourselves and shared one thing that was good about our week, which for me was making mackerel and pea risotto for dinner.

Ken introduced us to Snap! which is a visual, drag-and-drop programming language. He showed examples of some of the work that has been done on the Snap! website. I enjoyed the session and I was looking forward to the second one. 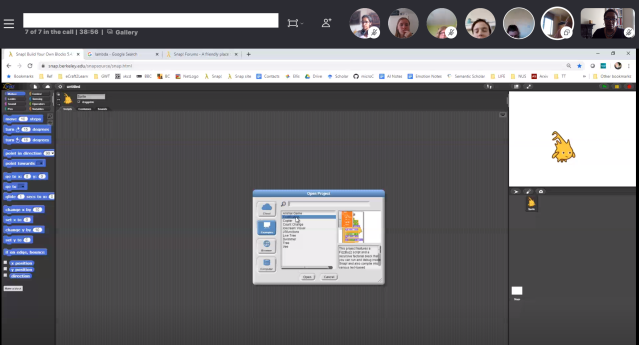 We did the second session on Friday 5th June. Before the session, I played around with Snap! and wrote ‘Hello, my name is Ruby’ using the pen tool. It was fun!  Ken then introduced us to NetsBlox, another visual programming language. We each had a turn at playing around with blocks, numbers and shapes. It was interesting to see different patterns and colours. 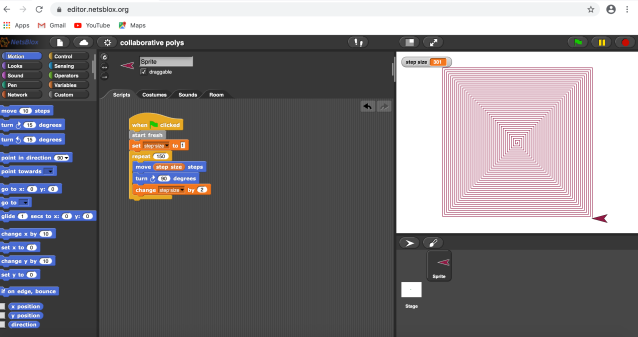 I’m looking forward to the next session and also sharing our progress in another blog post!

This entry was posted in Uncategorized. Bookmark the permalink.
Loading Comments...